Ah, sleep. Between the topics of how parents feed their child and how they medicate their child, somewhere we find the ultra-controversial topic of — dun dun dun (wish I could say zz, zzz, zzzz…) — infant sleep.

Your heart says to keep your baby close at all times, but your head hesitates with concerns about safety. Some authorities are convinced that co-sleeping contributes to infant deaths, while others insist it’s crucial for emotional security and exclusive breastfeeding. Somehow, “co-sleeping” has become a dirty word in our culture.

What to do? A good way to tell which sleeping arrangement is best is to evaluate your own sleeping habits. It’s difficult to make a blanket (see what I did there?) statement recommendation for all families given the range of variance in nighttime behaviors. Take all information into consideration to decide whether co-sleeping is worth the benefits to you and your child.

Keep in mind: many parents who didn’t originally plan to cosleep end up doing so anyway (the process of repeatedly getting up to tend to baby, then voyaging back to bed and trying to slip into slumber again, starts to feel like an unnecessary task when a nearby baby proves far more practical). Alas, it’s prudent to get acquainted with how cosleeping works regardless of your nighttime intentions.

“Critics of co-sleeping in the form of bed-sharing declare, ‘cribs are designed for babies while adult beds are not,’ and to a certain extent this is true. But since pediatric models of infant health, disease and illness are necessarily derived from human biology, it is appropriate to remember that the only true ‘baby-designed’ sleep object or environment, is the mother’s body… To assume a priori that the normal, sober, attentive sleeping body of a human mother represents a risk to her infant, reveals an appalling lack of understanding of how natural selection shaped maternal sleep physiology in relationship to infant needs and vulnerabilities.” – Dr. James McKenna

In What Ways Can I Be Closer To My Baby At Night?

What Are The Benefits of Cosleeping?

Sudden Infant Death Syndrome (SIDS) is not interchangeable by definition with a co-sleeping (specifically bed sharing) death. It’s clear that accidental cosleeping does not bear the same outcomes as intentional cosleeping.

Let’s consider several important facts regarding infant deaths connected to bed sharing. Many of these cases involve adults sleeping on a couch or non-bed surface with an infant, which is never safe (and not to be confused with true bed sharing).  Not surprisingly, and sadly, many cases involve parents who did not habitually cosleep so they were unlikely to be aware of safe practices, and inexperienced with sleeping by their baby. Also, various criteria are unaccounted for in SIDS cosleeping reports such as: did the mother smoke during pregnancy or postpartum? Was the baby sleeping beside a pillow? How was the baby positioned? Were parental sleep inducing aids involved?

Most importantly, almost all bed sharing deaths involve bottle-fed babies, not breastfed ones. An investigative report of co-sleeping deaths in Milwaukee WI found that in the year 2009 until the point of press in 2010, 100% of babies who died were formula-fed (bottles). This is not to demonize nighttime formula-feeding, but rather to demonstrate how breastfeeding can grant protection against the safety risks; co-sleeping itself works symbiotically with breastfeeding; and co-sleeping may not be worth the safety threat for a family who bottle-feeds, as such increases risk.

Of course, many variables compound into an overall hazardous environment, and I’ll discuss those below. 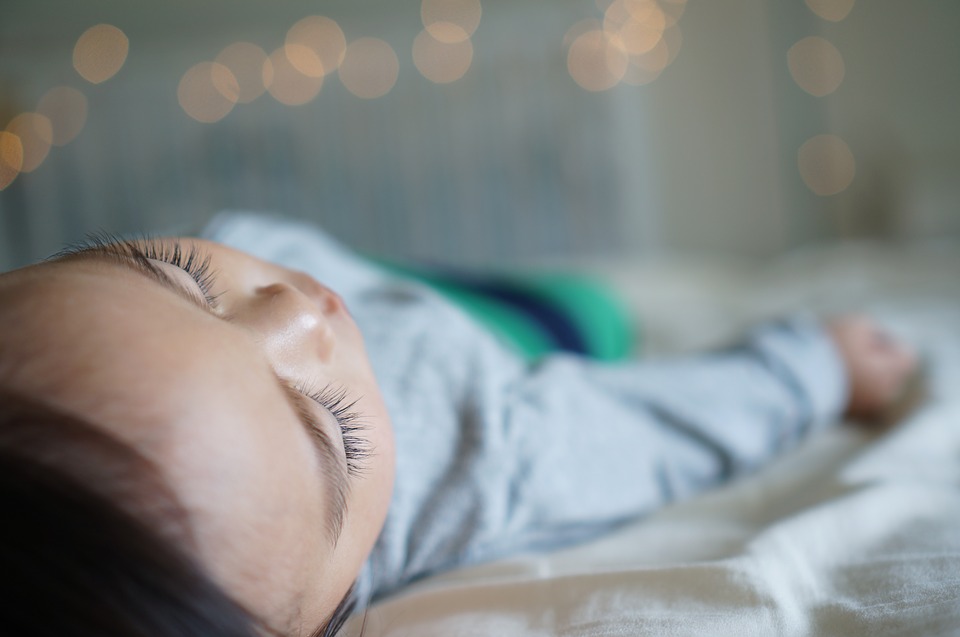 Does Cosleeping Lead to Ear Infections?

Evidence shows formula-fed babies who are fed bottles while laying down are more prone to infections in the ear canal (otitis media).  However, bottle-fed and breastfed babies are not equally affected by such position while eating. Kellymom points out that many breastfeeding positions involve a supine baby, not only the one where mother is side-lying. She makes several other thoughtful points:

Let’s look at the different mechanics between each feeding style in regards to otitis media, explained by Dr. Craig Brown, M.D.:

“The vacuum created by bottle feeding can play havoc with the ear’s inner auditory tube. Negative pressure generated in the mouth is transmitted up the tube and into the middle ear where, as a result, fluid can build up. The increased fluid can cause hearing difficulties and infections. Interestingly, none of this occurs with breast feeding, which does not create any kind of vacuum and which actually creates positive pressure within the ear.”

What About Special Safety Precautions?

I think perhaps the question is not “Who’s correct about where and when babies should sleep by themselves?” but rather “How will the baby be able to sleep most safely?”

In the Houston area? You can reserve a spot in my offering of Birth Boot Camp’s Homecoming: Life With a New Recruit class, in which you’ll learn more about cosleeping and other newborn care topics. I offer group and private classes. Not in Houston? Online classes can be found here.