Several people I know raised concerns about what was said in the ‘Bad Moms’ movie after having seen the trailer with their intact sons within hearing distance — kids old enough to be aware that their perfectly normal private parts were the butt of the ‘joke,’ but too young to understand the illogical reason why.

So it’s a comedy, right — what’s the big deal? This post perfectly explains it, but every time I try to quote this site it deletes my post. So you’ll have to just trust me and click on it yourself. But I’ll give you a clue: a movie like this, one that is so hellbent on not judging others, sure is interested in promoting male genital mutilation by emphasizing the opinion that intact males are pity cases who should be embarrassed of their natural bodies.

The ‘Bad Moms’ trailers show a clip near the end in which the characters talk about foreskin. (Two trailers with a different vibe, one more shaming and one a bit more positive: Trailer 1 and Trailer 2).

I was interested to see the segment in its full context, so Intact Houston set up a Advocates’ Night Out to see the film and get some educational information into the hands of the audience. We had a small but enthusiastic group, just enough of us to card and sticker the main bathroom, put flyers on cars in the parking lot, and most importantly, to reach the movie-goers in our theatre. 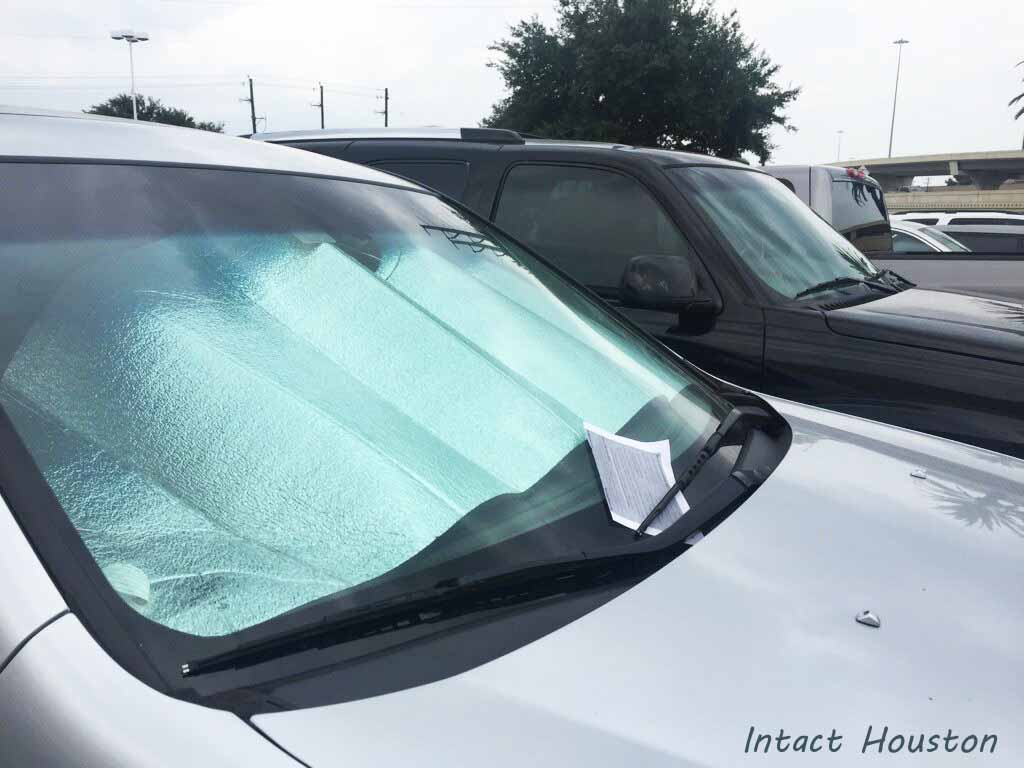 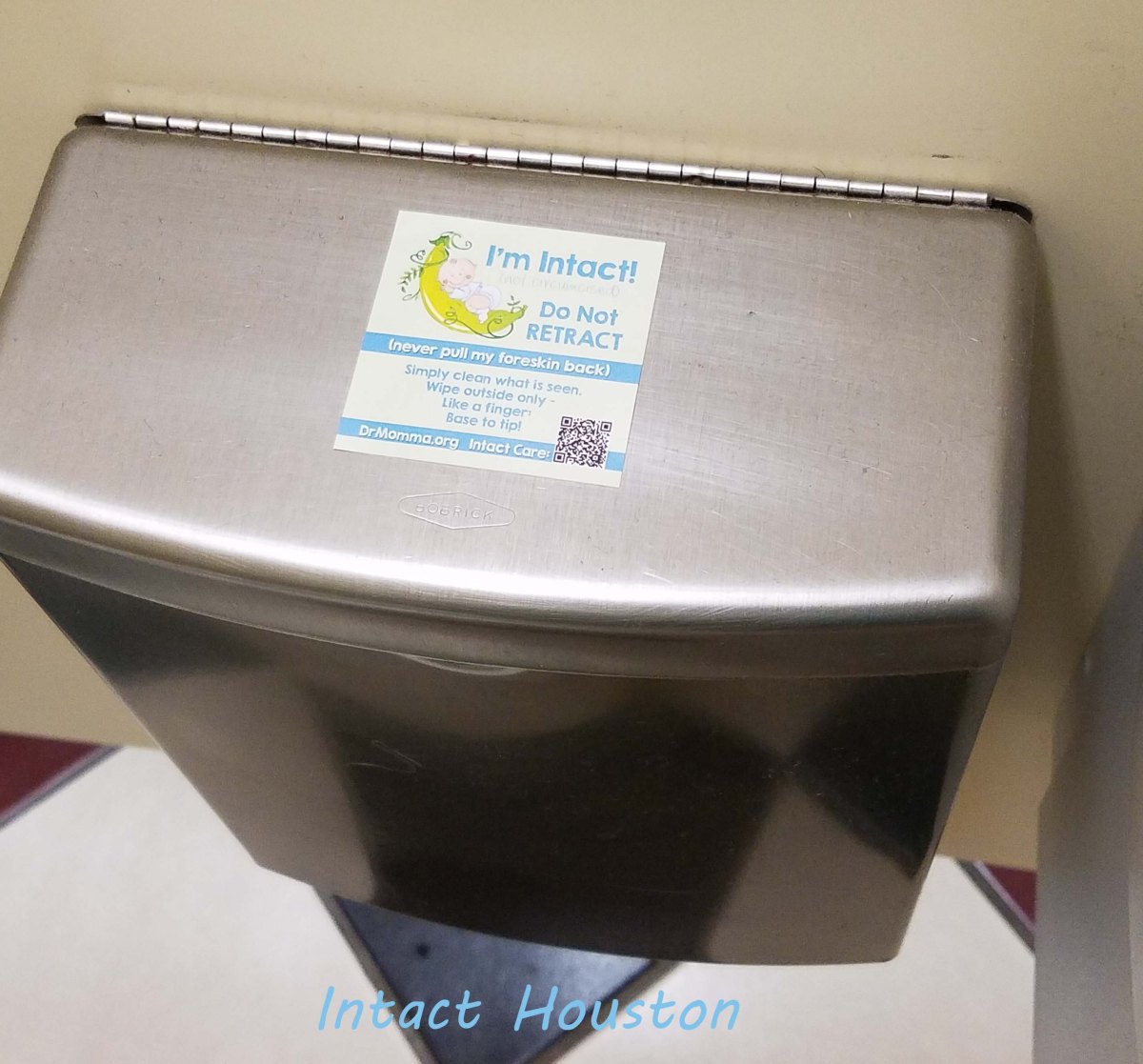 My co-director Abbie and I rushed to the theatre entrance as soon as the audience began to file out. We handed out the flyers (below), saying, “Thanks for coming!” like we were official. The usher waiting behind us didn’t seem to notice or mind. As the line of people wrapped up, two other staff members approached us, rather grumpy and displeased.

“Are you here with someone?”

The answer was no (at least no one they’d approved in advance).

“You can’t be handing out flyers.”

I apologized and said I didn’t know.

“You need to leave right now.”

Then they followed us all the way out. Needless to say, we didn’t offer them flyers. But it was a job well done anyway as nearly everyone walked away with a flyer, including a visibly pregnant woman.

What Happens in the Scene?

This scene wasn’t as bad as I expected, though it did drag on awkwardly long. The worst part was the audience response — lots of laughter. Loud laughter. Loudest at the part when “uncircumcised” (the correct word is intact) men were called gross. The most ironic part is that the lead hunk who all the characters drooled over and wanted to sleep with was a Hispanic guy who, more than likely, has an intact penis.

“What if I find a guy who’s uncircumcised?” Mila Kunis’ character asks her girl friends in this scene.

“Run out of the room screaming. It’s like finding a gun in the street. Just scream and get out of there!” Kristen Bell’s character warns.

“Uncut guys are great,” actress Kathryn Hahn’s character says. “They’re always so nice to you because they know their dicks are gross.”

True, foreskin does contain thousands of specialized erogenous nerves found nowhere else in the body, however this is somewhat misleading as the glans is the giant clitoris equivalent. Though, only on a man with foreskin, because his glans has been protected from increasing keratinization and erosion of sensitivity from years of unnatural friction and constant exposure to the elements.

This poster in the lobby didn’t have me all that hopeful that we’ll see the end of body shaming anytime soon. But I’m sure our flyers at least got some people thinking.