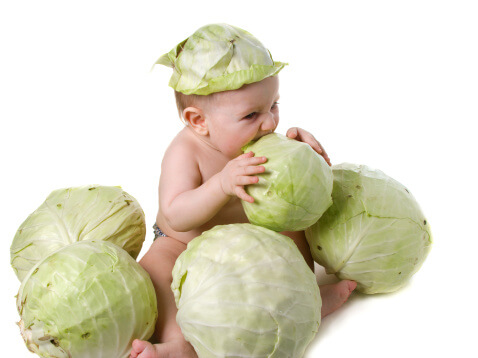 It’s pretty sucky when you’re up to your armpits in swollen milk machinery, none of your clothes fit, and your boobs suddenly feel like they might actually burst open as if they, too, overindulged in too much Easter feasting the day prior (ugh, when will they start making nursing bras out of stretchy pants?).

I had oversupply, and would wake up many mornings for months so engorged that I could see my milk ducts rippling through the taut skin, totally horror flick style. The problem was exacerbated during my four months -long pumping stint, which tricked my body into scrambling to provide for MaiTai’s nonexistent twin, or so it felt convinced. And so, every day it made sure my milk-makers were stretched out to wazoo. It defied the laws of physics, really.

But did you know…

Engorgement is normal in the first week after baby is born (lucky you!).

In fact, even a formula-feeding mother will experience engorgement briefly as her milk comes in because her body had been expecting to gear into the final stage of the reproductive cycle, which is lactation. When it assumes that no baby will need the milk, it reacts physically in kind — the milk ducts begin to involute, and the uterus must recover itself without the expected aid of postpartum nursing contractions (this is why easily accessible postpartum emotional support is vital for ALL new mothers).

Persistent engorgement in a breastfeeding mother can be a troublesome sign, however. Perhaps a good latch was not established and milk isn’t transferring well, or the mother has oversupply (which can be encouraged by the mismanagement of a breast pump). Perhaps inducement or pain-relieving drugs and IV fluids given during labor is causing swelling and fluid retention that mimics engorgement. Perhaps the breastfeeding ‘routine’ is rigidly scheduled (if it’s scheduled at all for a healthy full-term baby, it’s too rigid).

Engorgement is also a risked side-effect of too-rapid weaning or skipping nighttime feedings.

No matter the cause, the engorgement should disappear within a few days if treated or within a week without any special treatment. Do take caution however as the breast infection mastitis is often a result of neglected engorgement.

The best cure I found for engorgement past newborn stage? Wean from the pump (if you can)! If you’re not a pumper and could still use relief, just keep cool (cabbage leaves on hand, that is).