What do you do when you can’t scratch the itch?

I’d heard of itchy skin during pregnancy before. Caused by the stretching and growth of new skin to accommodate expansion of new life within and coupled with pregnancy hormones that can dry out the tissues, itchiness is as common as stretch marks.

What I hadn’t heard of until a few weeks ago is a condition called Pruritic urticarial papules and plaques of pregnancy (PUPPP or PUPPS) or polymorphic eruption of pregnancy (PEP) as it’s known in the UK.

I noticed an odd rash appear on my abdomen a few times during the start of my second trimester. Strange, I never had this during my first pregnancy, I thought… But it would disappear within a few hours each time and didn’t feel painful.

Until it really did.

Exactly halfway through pregnancy at 20 weeks along, the rash reappeared, this time seemingly for good. It brought angry red lines along the underlying fibers of my skin, scaly on top and warm to the touch. They looked like stretch marks but they came on so suddenly, like an allergic reaction. My skin looked… broken.

I felt a bit like Harry Potter with that mysterious lightning bolt on his forehead. I wondered, How did this get here? Am I scarred like this forever? Why does it hurt so badly?

For a few days the rash took turns subsiding and returning, but the burning itch was continuous. I spent my time researching the cause of this condition, whatever it could be. Soon the sensation was no longer a tolerable annoyance as it greatly increased.

The overwhelming itch consumed me not only physically, but mentally. I asked my husband to continue looking into treatments for me because I couldn’t bring myself to separate from this awful feeling that made every position terribly uncomfortable, every article of clothing feel like a Brillo pad against my raw skin (the devil of an itch was there whether the rash was faded or crimson), and sleep impossible. This was all happening so quickly, so spontaneously…

Then came the diagnosis: I was suffering from early onset PUPPP, a hives-like rash of plaques and papules that afflicts some gestating women.

Here is one instance of me wearing it (or do you think it’s wearing me? :-P).

What Is This PUPPP of Which You Speak?

I’ve heard it described as “an allergy to your pregnancy, baby, and/or stretch marks,” basically.

PUPPP typically first occurs in the third trimester or after 35 weeks, but early onset at any time during pregnancy isn’t uncommon (in fact, it’s the second most common pregnancy rash). PUPPP is estimated to strike between every 1 in 150 to 1 in 200 pregnancies, depending who you ask.

The good news is the condition is, as far as anyone can tell, harmless to the mother and fetus’ state of health and shows no observed difference in the outcomes of affected versus unaffected pregnancies.

It does resolve on its own, usually spontaneously with birth. Many say “the only cure for PUPPP is delivery of the baby,” which appears to be true for just as many cases.

Sometimes it will persist continuously during only the final few weeks of pregnancy; for others it will flare up in intervals during one or all trimesters; and some women continue to endure the symptoms for weeks or months after delivery (though this is rare). In any case, the condition is not permanent and will eventually pack its bags and go.

Also, PUPPP is not associated with fetal abnormalities, preeclampsia, autoimmune disorders, or hormonal complications. And it’s not contagious so you can feel free to cuddle up with loved ones as you please — though such activity is likely tremendously unappealing during a PUPPP flare-up. An itchy, raised rash that usually consists of “symmetric eruption of papules, urticarial lesions, and some erythema multiforme-like target lesions” per this report. Feel free to Google image search that (or better yet, don’t. That goes for image searching any PUPPP-related eye candy, unless you so dare).

I’ll spare you the curious suspense. You might have PUPPP if your skin suggests that you’ve: A) gone crazy testing out a red stamper, B). went belly-surfing on a mandolin julienne slicer, C). grown a colony of coral reef around your navel, D). swung at a beehive and sat patiently underneath it for a while, or E). invited a bear cub to aggressively tickle your midsection.

Thanks to that visualization, you can see how it can be difficult even for health care providers to differentiate PUPPP between other pregnancy rashes as it encompasses a wide range of hive-y bumps, scab-like patches, lesions, scales, striated lines that appear ‘torn,’ ‘shredded,’ or ‘ripped,’ and other presentations.

Though the rash tends to start on the abdomen (minus the area encircling the umbilicus) and eventually spreads to the legs, butt, thighs, and hips… one’s face and palms are always spared! (Woo hoo?)

PUPPP isn’t “just a bad itch.” For a week when my symptoms peaked (as I can tell so far), I found it nearly impossible to focus on anything else. It was a special kind of hell in which the mental torture quickly overtook the physical aggravation. I feared getting dressed. I knew showering would feel like my skin was being scraped at by beads of water that had turned into thumbtacks.

It’s not easy to explain to others how you couldn’t get anything done today because of “an itch,” or how you need to be alone to cry because “an itch” is getting to be too much to handle.

For many, the constant drag of PUPPP can lead to anxiety, stress, and discomfit beyond mere inconvenience. Some women experience depression and feelings of being unable to cope especially if struggling with this nagging torment when labor, birth, and the addition of a new baby are weighing on her psyche, too.

Others even suffer such intense symptoms that they opt to medically induce labor early to get relief quicker. 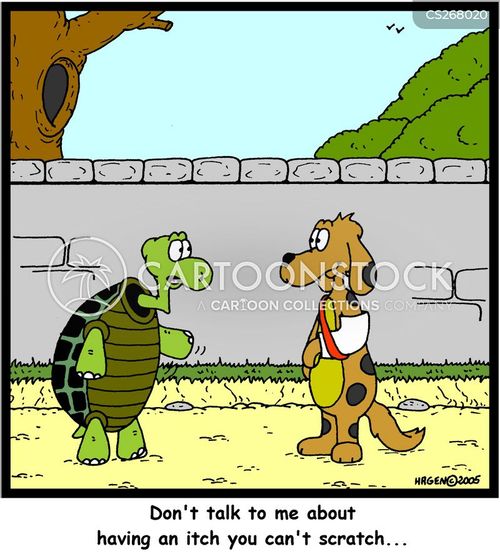 Though there are a few theories, no one really knows. I suppose not many researchers are determined to spend time and funds finding out either. The condition isn’t life-threateningly injurious to the mother or fetus so the mystery of PUPPP’s origins is, in the grand scheme of emergency possibilities, nothing more than a short-lived, benign (albeit admittedly awful) thing to experience.

Here are a few causes that have been proposed:

– Fetal DNA (especially male). Some claim PUPPP is an inflammatory reaction caused by an excess of fetal cells invading the mother’s skin. Mothers suffering from PUPPP have been found to carry an unusually high level of fetal DNA in their circulation.

– Consumption of dairy/acidic foods. No formal study is available on this, but it’s thought that because many women claim improved skin integrity after cutting dairy from their diets, PUPPP may be aggravated by certain elements in dairy products and high-scidity foods.

– Stressed liver. There’s thought that PUPPP is a result of a liver that’s overtaxed by this particular pregnancy and could benefit from a cleanse (many of the remedies below focus on liver detox). Definitely ask your health care provider about whether you should submit to a liver function test to rule out Intrahepatic cholestasis of pregnancy (ICP), a more serious condition that can present like PUPPP. 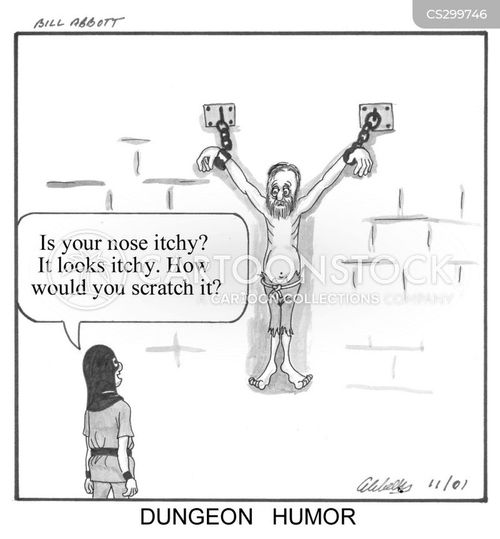 Unfortunately, there is no way to prevent the fate of PUPPP.

– Carrying a boy. Statistics show that 70% of those diagnosed with PUPPP are carrying male babies. It doesn’t appear that anyone has conducted follow-up a study to determine the connection, so on the edge of our seats we shall wait…

– First pregnancy. It typically strikes first-time mothers because their abdomens are tightest at that time and haven’t been fully distended from pregnancy yet. It can occur during a subsequent pregnancy, however it rarely affects a mother for more than a single pregnancy.

– Genetic predisposition. Interestingly, PUPPP has been traced through heredity from the paternal side rather than the maternal side.

There is no cure for PUPPP, but there are treatments that can help manage symptoms.

These are options I’ve tried myself, ones recommended to me, and a few I came across that others swear by. I prefer to stick with homeopathic remedies when I can, so I wouldn’t personally try all of these options. However, I understand every woman has her own comfort level with different products and remedies, alas I include them all like the token nice kid at school who dare not leave anyone out of games at recess.

I’ve Tried (in this order):

– Cool gel packs/ice packs/cold compress (Immediate relief from itching and also addressed the feeling of rawness. Somewhat inconvenient because the ice can only be applied short-term and the pain returns as soon as the packs are removed. Difficult to apply enough cool packs to cover all affected areas. Cool packs caused baby to scuttle around a lot, which was distracting at night).

– Cold showers (It only took one hot shower during a rash flare-up to traumatize me into swearing by chilly hose-downs from then unto probably eternity).

– Dandelion Root Tea (I drank two cups per day for three days and saw improvement within that timeframe. Coincidence or…?)

– Grandpa’s Pine Tar Soap (Smells like a campfire. Or bacon. It’s better to visualize the former. Thankfully it didn’t leave behind much of its signature scent on my body).

– Balancing body pH by avoiding acidic foods (I cut coffee from my morning routine. That must count for something?).

– My midwife’s remedy (Pictured below. Technically I haven’t tried this yet but I have it on speed-dial for a future flare-up).

Other Suggestions (in alphabetical order):

This blogger wrote here about her varying levels of improvement using:

She also tried (and loved) cocoa butter and coconut oil, which interestingly both seemed to worsen my own itching experience (I’ve read that coconut oil can have drying effects when applied to skin regularly in large amounts).

For Severely Distressing or Persistent Cases:

Weigh the risks versus benefits of using corticosteriod treatments like shots or topical creams (oral steriods are considered too risky during pregnancy). In attempt at informed consent, Google “teratogenic effects” if you’re considering this route.

Make Things Easier On Yourself: