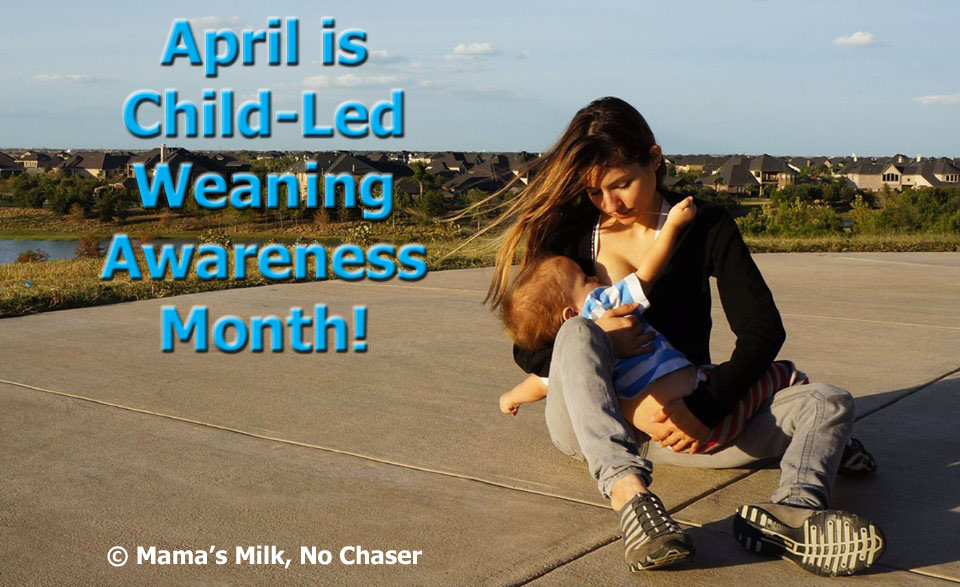 This is the second part of a short series about child-led weaning (part one here). We know the process of weaning — whether led by the child, the mother, a doctor, or society’s expectations — is an emotional, personal, and rather fascinating one.

Let’s continue with a discussion about these concerns:

Is the baby truly trying to wean, or is something else going on that’s made your baby go on strike?

Self-weaning is a gradual loss of interest and decreased need for breastfeeding over time. A child who is allowed to self-wean is usually perfectly content with the change. A child on a nursing strike, however, is not happy about the situation at all even though he refuses to breastfeed.

It’s usually not easy to predict if (or when) you’ll have to deal with a mammary mutineer. Nursing strikes often occur abruptly and unexpectedly even though the baby may have been nursing perfectly for months (this should not be confused with self-weaning, which is almost never sudden). Don’t worry, this is temporary (usually lasting for two or three days). But you must still be proactive and work through it. Find out how to avoid premature weaning & nursing strikes.

Reasons for a strike include:

What are common concerns in regard to weaning? Prepare yourself in advance and consider how you’d tackle these issues:

Does it spoil an older infant to breastfeed for comfort?

Allowing an older child to nurse will not “spoil” her. It may seem like you’re “giving in” if she wants to get in your shirt every time she gets close enough, or if she wants to nurse “just because” you’re there when she gets upset, hurt or overwhelmed. Think of breastfeeding as a hug -– not like a piece of sugary candy, like something to be limited. If you could give your child a hug every time she threw a tantrum in your presence and it would calm her instantly, for long enough that you can gently explain to her why tantrums aren’t appropriate or whatever you need to say, would you consider that to be spoiling her? Contrarily, would you consider refusing contact when she’s upset to be detrimental to building a positive and trusting attitude, or even neglectful?

If she still has a desire to nurse, then she still needs the comfort, the closeness, the assurance that she can “touch base” with her mother -– her home. For a mother-child pair that doesn’t breastfeed, these needs can be fulfilled in other ways.

There will be a time in the future when she stops wanting to breastfeed. Maybe it will be gradual, or maybe one day she’ll lose interest, just like that. It’s an inevitable part of her development. She’ll find something to replace the comfort she gets from it -– whether it be more hugs and cuddling from her parents, engaging in more activities and hobbies independently to boost her confidence little by little, or increased interest in what other people (or things, such as a lovey, a blanket, or favorite toy) can offer.

In her piece “Does Breastfeeding on Demand Spoil Children?” Mizin Kawasaki, MD writes:

“Standard child-rearing advice suggests instead that a young baby should learn how to comfort himself with an inanimate object such as a blanket, a safe baby toy, a pacifier, or even a mother’s tee shirt. Encouraging a baby to become attached to an object in early childhood may result, however, in a lifelong fixation on a specific object. Steven Barrie-Anthony reports that this type of attachment may be exhibited by adults who treasure certain objects, like a childhood pillow.1

Therapists are inclined to think that an attachment to things is healthier than an addiction to vices. Indeed, a man who clings to the same childhood pillow for decades may be perfectly healthy. At the same time, one has to wonder why a person develops such a keenly obsessive devotion to an object in the first place. Evidently, therapists are disinclined to address the root cause of obsessive attachment to objects, which is undoubtedly the experience of maternal detachment during childhood.” 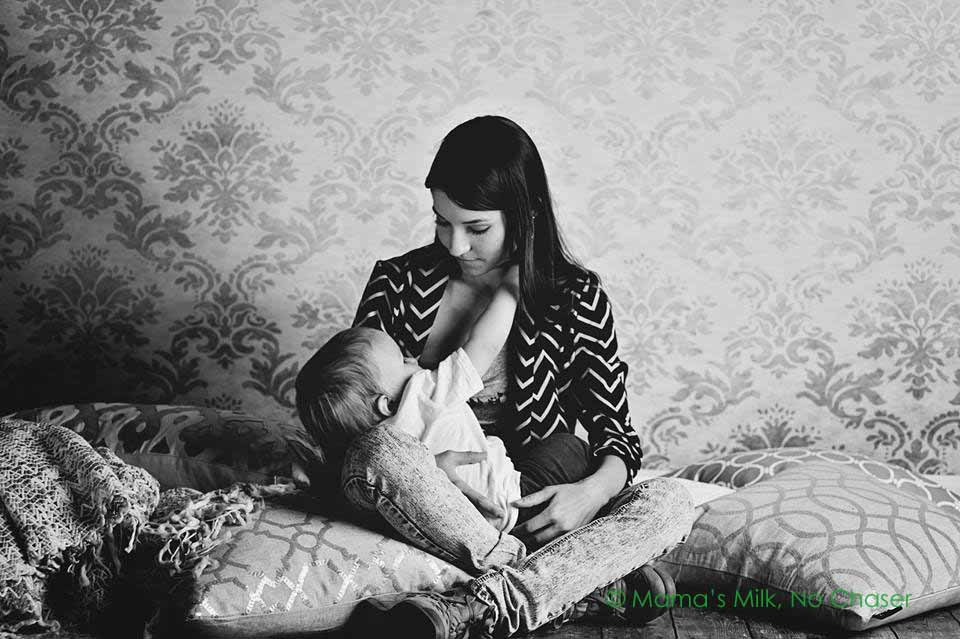 Click here for more weaning resources on my page, including myths, tips, stories, and books.