…she was here for quite some time, it seems, if evidenced by the foliage overgrowth… Typical of nursing babes!

Is it just me or does she look like she’s crying? Sigh… been there, mama.

Here is a sleepy Nursaholic whose child has macaroni on his head.

Blurry and blissful. Just like memories of the first weeks of breastfeeding (greater emphasis on “blurry”).

Park in Paris, France, via flicrhivemind.net

Twiddling: the most annoying infant reflex in all of history. 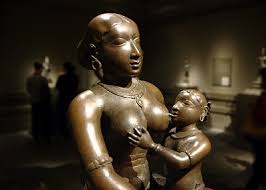 A rather creepy and gloomy depiction of Angelina Jolie breastfeeding her twins. Though I have to commend her on a double football hold enviable by any star quarterback.

“Landmark for Breastfeeding” by Daniel Edwards

How convenient would it be if all Nursaholics had laps like this?

Porcelain perfection! Or whatever this stone is. I’m not a statue expert, I’m sure you’ve noticed by now.

The Vatican surmises that this Nursaholic is the goddess Isis. I suspect it’s a dude in a wig who’s just trying to get away with something.

A hundred breasts but only one arm? But how is she going to surf Instagram while breastfeeding? I mean, um, how will she bond with her baby…

Who to call for reliable lawn service when your sprinkler heads break:

Are mermaids technically mammals, or amphibians, or fish, or what? If not mammals, do they even technically have mammaries? One more question: does a mermaid’s milk taste saltier because she lives in the sea? Finally, are these stupid questions?

Not the first or last time in history that a child has tried to breastfeed his mother’s belly button.

The booby wrangler. Nowadays they call it a “bra.” 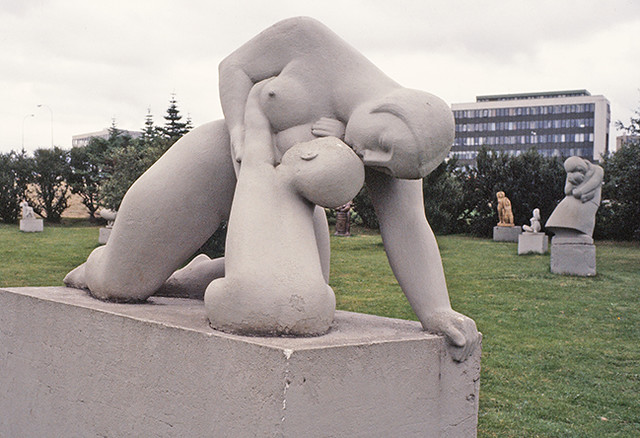 This Egyptian Nursaholic Isis and her son Horus need to lighten up, for real. Maybe they just still feel a little weird that she conceived Horus with her brother.

A happy moment in the life of a peasant.

This nursling holds onto his mother’s necklace, presumably in case she decides to look down, thereby crushing him with her strangely oversized, uh, should I even call it a head?

Finally, one of these statue subjects has some decency and knows to use a cover! 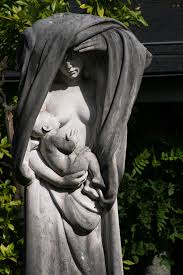 “Mother and Child,” Switzerland, via photoree.com

If you boob it, they will come.

Statue in Bali, via Lizz Mozingo

I give this Nursaholic the bronze medal for awesome caregiving. I’d give her the gold, but she seems more like a bronze kinda gal.

The two naked dudes challenge each other to a pose-off; no one cares because there’s a woman breastfeeding in public between them.

Breast milk lasers. It’s the way of the future.

This Nursaholic offers us a lesson in latch. Now where were you right after I gave birth? Baby’s all like, “Mama, you’re getting in the way of my booby!”

“The Endless Bench” in Toronto, Canada; via waymarking.com

My favorite kind of Nursaholic moment. No words, only love.

When baby-raising becomes a hair-raising ordeal…

Oh! I get it. So if these statues are acceptable to see in public, given that they depict reality, it should be just as wonderfully normal to see the real thing!

“Fountain of the Four Seasons,” Iowa, via katywon on sodahead.com

Romulus and Remus. Made strong by she-wolf milk so they could make Rome.

We are mammals and this is what we do.

I just happened upon this mama bear randomly. I gave her many bear hugs. It seemed appropriate.

Me at the CA Academy of Sciences