Co-sleeping saved many a mother and her sanity since the dawn of mamakind. Safe co-sleeping has saved many a baby, too — after all, the best place for a baby to sleep is next to the ultimate protectors … mom and dad!

I went to Gearapalooza 2015 Thursday night at Baby’s & Kid’s 1st store to check out Arm’s Reach Co-Sleeper. It was included as a raffle prize after the product demos by The Baby Guy, Jamie Grayson. Unfortunately, we didn’t get to see much of the Co-Sleeper and it wasn’t removed from its original packaging during the demo (though all the other baby gear had been set up), and he only talked about it for 30 seconds. Boo!

Granted, he got a bit long-winded with the strollers and car seats, understandably. No one does baby gear demos quite like Jamie Grayson — and as a single, gay, childless duderus without a uterus, who’d’a thought? He’s on point like the funniest ballerina to ever take to a stage performance, but topped off with plenty of allusions to alcoholic imbibing (see why I adore him so?).

I never owned an Arm’s Reach Co-Sleeper but I wish we had, and I recommend that anyone who’s expecting a baby should check it out. As Jamie put it:

“I don’t get how a woman can grow a baby inside of her, then right when it’s born she’s like, let’s put that as far away from me down the hallway as possible.”

Without a good Co-Sleeper, MaiTai took a hiatus from co-sleeping for almost a year. Bed-sharing stopped working at four months; Pack ‘n Play became a “napper” rather than a “sleeper”; and none of us were getting sleep. He only breastfed once or twice during the night, but he was restless if he wasn’t either on top of us or totally away from us. At a year and a half, we started bed-sharing regularly again. Sleep is happier, and we get all the benefits of not having to slumber solo. (Read more about safe co-sleeping here).

A baby needs to be able to smell, hear, feel, and taste his or her mother when counting sheep. You know about the fourth trimester? From a womb to a room. So goes the transition. Make that room as womb-like as possible or else you’re screwed. Safe co-sleeping means more snooze, less screwed.

A Co-Sleeper is a perfect middle-ground for a young baby because it offers all the same benefits of bed-sharing with the added comforts of safety, enough personal space for all parties involved, enough intimacy and closeness to feel secure, and baby is always just an arm’s reach away.

Sidenote: I randomly ran into my doula for the second time within a few days (I guess not so random .. the “birthy” community can’t be that huge. At least not when compared to all the bumpin’ bellies I see on the regular). She told me about this Nuna highchair that her granddaughter uses and highly recommends it:

Worth looking into. And now, behold, a few pictures from the event: 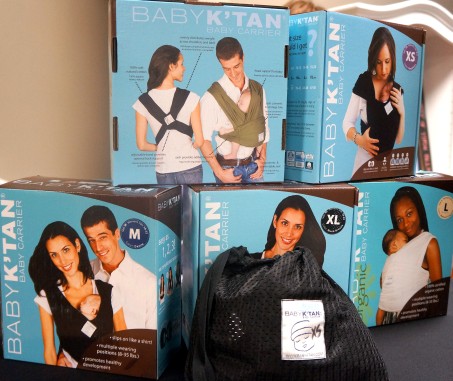 You could say he’s expressive. 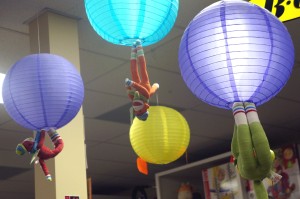 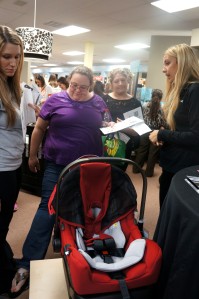 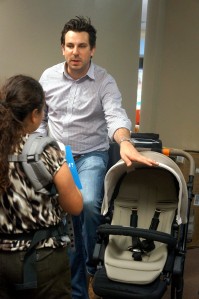 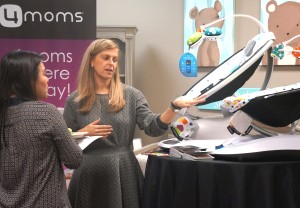 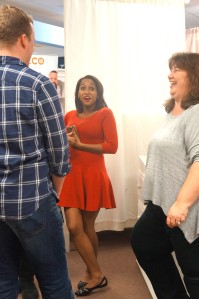 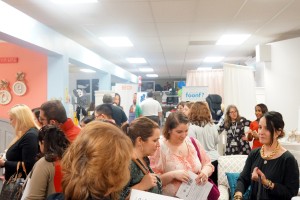 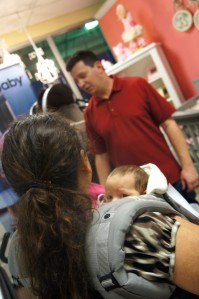 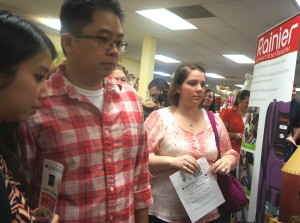 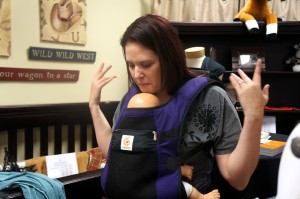 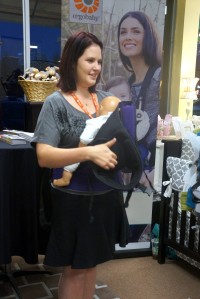 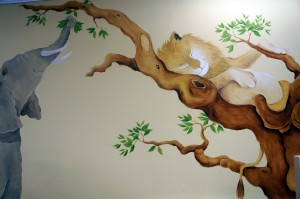 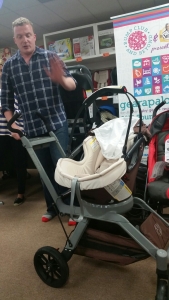